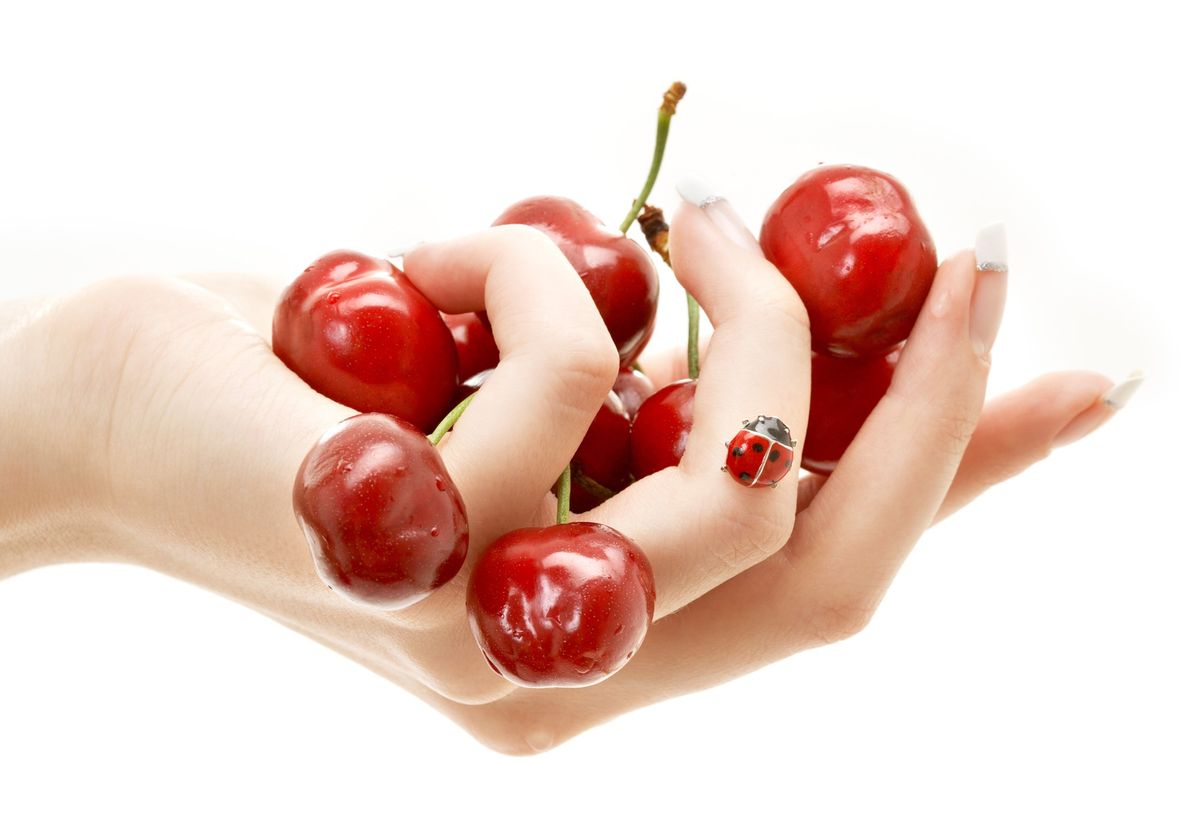 There are many benefits of cherries. Cherries are all too often relegated to the garnish pile, and don’t have the nutritional cachet of blueberries, but they have plenty of benefits worth touting. They contain fibre and potassium, and are a source of vitamin C. But cherries also have their own benefits, many of them due to the phytochemicals and antioxidants found in their deeply pigmented skins.

Many of these health benefits are most strongly associated with tart cherries, the kind more likely to be used in baking, though heat can reduce some of the health benefits of cherries. And the benefits can often be enjoyed by eating cherries whole, drinking pure cherry juice, or taking a cherry extract or pill.

We’re sad to say that those sugar-soaked cherries that finish off an ice-cream sundae probably aren’t going to help you lower your cholesterol or relieve sore muscles, but here are nine ways that the fresh fruit could help your health.

Gout is often thought of as an obscure disease found in the monarchs of the middle ages, but it is still common today, and much more painful than many realize. It sounds unbelievable, but a 2012 study found that patients with gout who ate cherries or cherry extract had a reduced risk of an acute gout attack, reported Forbes. It’s thought that cherry extract ups the body’s excretion of urate and might reduce the production of uric acid, which is related to gout. Cherries also have anthocyanins, which have a slight anti-inflammatory effect. This could be why some gout patients who take cherry extract or ingest cherry juice report that its helps with their symptoms.

A study from 2010 found that the anthocyanins found in tart cherries could help reduce inflammation, which may make you feel less sore after a tough workout. Drinking tart cherry juice on workout days could pay off 24 hours later. Research published a few years earlier showed that drinking cherry juice helped reduce muscle soreness and damage after exercise.

Chalk up another benefit for tart cherries: more than half of the patients with osteoarthritis of the knees in one study had pain improvements after taking tart cherry pills for eight weeks. Another study found that patients who drank tart cherry juice showed improvement in osteoarthritis symptoms — the relief went away when they stopped drinking the juice. It’s thought that the anti-inflammatory effect of anthocyanins is to thank for the relief.

Cherries are one of few known food sources of melatonin, which is produced by the body as part of its controls over sleepiness and wakefulness. An American pilot study found that a cherry juice blend might give a bit of help to adults with insomnia — while the benefits seen were small and other methods for fighting insomnia have more clinical proof behind them, adding cherries or tart cherry juice to your daily routine could provide some help for sleep troubles.

It’s preliminary because it was an animal study, but research from the University of Michigan showed that a connection between cherries and stroke risk might be worth looking into further. The study found that Montmorency tart cherries provided cardiovascular benefits similar to those provided by a class of medication called PPAR agonists, but could also reduce stroke risk, which can be raised by the drugs. The researchers believed that the anthocyanins in the cherries affected fat and glucose metabolism, which can in turn cut the risk of cardiovascular disease.

Like many other fruits and vegetables, cherries are high in dietary fibre, and a diet high in fibre has been proven to reduce the risk of colorectal cancer. Very early laboratory studies have shown that anthocyanins and a phytochemical called perillyl alcohol, both found in cherries, could have anti-cancer effects.

You may know of pectin as a thickener you add to homemade jams and preserves. It actually has a natural source, however — pectin fibre is found in the cell walls of plants, including cherries. Eating foods that contain pectin can help to improve your cholesterol, specifically your “bad” LDL cholesterol, by binding to it in the gut and preventing it from being absorbed into the bloodstream. But you’ll get pectin with the skin, which means eating cherries whole or including the skins in any purees or juices.

Along with its helpful effect on lowering cholesterol, pectin fibre can also help with blood sugar regulation. The fibre can help slow the movement of food from your stomach into your small intestine, which helps to keep your blood sugar steady. Other research indicates that pectin may play a role in stabilizing blood glucose.