Blood pressure is recorded with numbers. The systolic pressure(higher number) is the force at which your heart pumps blood around the body. The diastolic pressure(lower number) is the resistance to he blood flow in the blood vessels.  They’re both measured in millimetres of mercury(mmHg). As a general guide, high blood pressure (or hypertension ) is considered to 140/90mmHg or higher and ideal blood pressure is considered to be between 90/60mmHg and 120/80mmHg.

A blood pressure reading between 120/80mmHg and 140/90mmHg could mean an increase of risk of developing hypertension, if steps are not taken to keep blood pressure under control.

If your blood pressure is too high, it puts extra strain on your blood vessels, heart and other organs, such as the brain, kidneys and eyes. Persistent high blood pressure can increase your risk of a number of serious and potentially life-threatening conditions, such as heart disease, heart attacks, strokes, aortic aneurysms, kidney disease and vascular dementia.

Reducing high blood pressure, even a small amount, can help lower the risk of these condition. 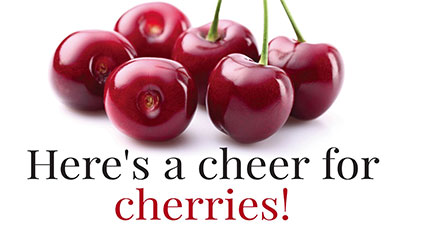 Drinking CherryActive Montmorency cherry juice significantly reduces high blood pressure at a level comparable to that achieved by medication, according to research from Northumbria University, Newcastle.

The findings, which are published in The American Journal of Clinical Nutrition, found that men with early signs of hypertension (high blood pressure) saw a 7% reduction in blood pressure after drinking a concentrated Montmorency cherry juice (CherryActive) when compared to drinking a fruit-flavoured cordial.

This reduction is comparable to the level achieved by anti-hypertensive medication.

The researchers found that the participants who were given the cherry concentrate saw a peak reduction in their blood pressure of 7 mmHg in the three hours after consuming the drink. Past studies have shown that a reduction of between 5-6 mmHg over a sustained period has been associated with a 38% reduced risk of stroke and 23% reduced risk of coronary heart disease.

Interestingly, those participants with blood pressure levels at the higher end of the scale saw the most benefit.

The greatest improvement in systolic blood pressure occurred when the phenolic acids, protocatechuic and vanillic, within the cherry concentrate reached their peak levels in the plasma. The researchers believe that these particular compounds are, at least in part, responsible for the reduction.